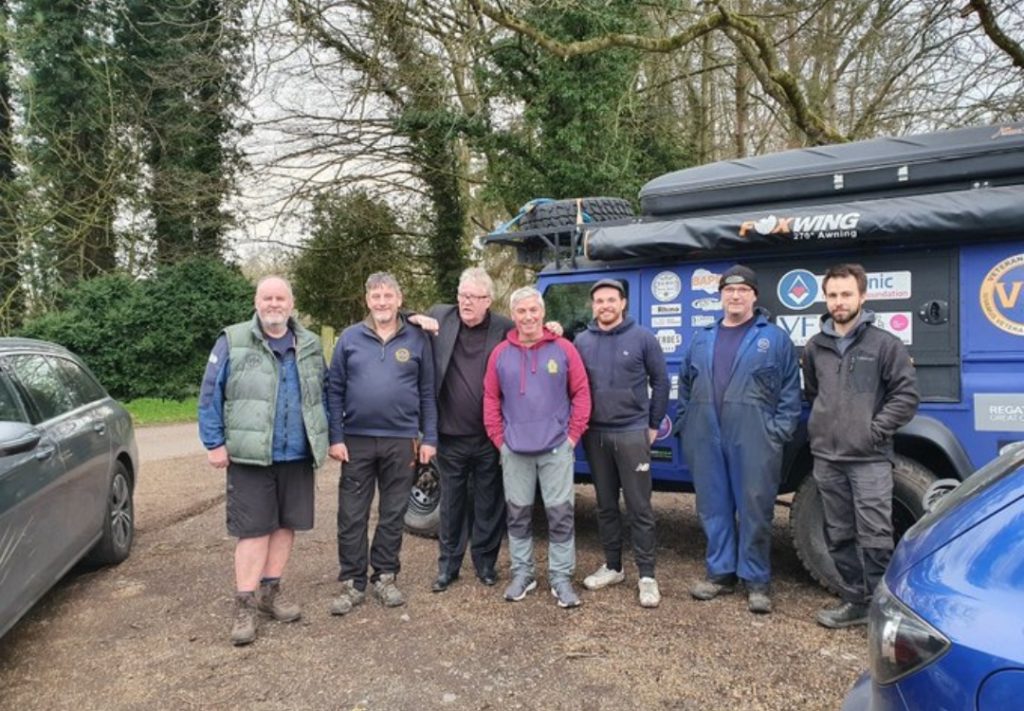 The streaming platform run by comedian Jim Davidson OBE is throwing its weight behind a veterans charity and its plans to run a humanitarian mission to the people of Ukraine.

The star’s Ustreme channel is giving its full support to the Veterans in Action charity, which is planning to take medical aid to the Ukrainian border to support citizens suffering from the horrors of war.

A dedicated donation line, the Ustreme Veterans Fund, has been set up by Ustreme to help raise funds for the cause. The star and fellow celebrity guests will also be putting together a special two-hour entertainment programme, called ‘Red, White and Blue Nose Day’, to be shown simultaneously on Ustreme and for free on YouTube on Friday, March 18 to raise additional funds.

Veterans in Action (VIA) supports people who struggle to adjust to civilian life after leaving the armed forces. Veterans work together on a variety of projects to give them a sense of belonging and purpose outside of military life, including the stripping and rebuilding of old Land Rovers for expeditions, treks and explorations. These refurbished Land Rovers, being driven by veterans, will be used in the humanitarian mission to help innocent families in the war-torn country.

If the humanitarian Ukraine mission is not given the go ahead, money raised through Ustreme’s donation line will still go to the charity to support its ongoing work with veterans.

Jim said: “I have always been a supporter of our troops and our veterans, and I am delighted that Ustreme and our wonderful family of supporters will be giving our full backing to the Veterans in Action charity.

“Everyone is aware that when there is conflict, many civilians suffer. Those people are on our minds and in our hearts.

“This charity does amazing work with veterans suffering themselves from the effects of coping with civilian life after their service, and we’re happy to support their plans for a humanitarian aid operation and continue their fantastic work.”

Billy MacLeod MBE, CEO of VIA, said: “Our boys are not used to sitting on their a***ses and watching people suffer.  Veterans in Action…helping themselves by helping others.”