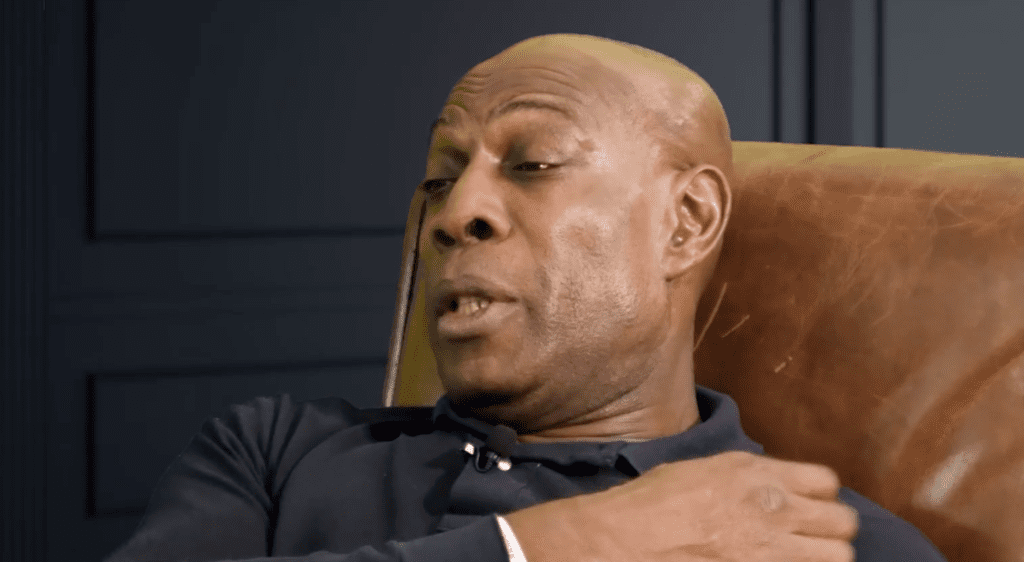 Former boxing World Heavyweight Champion Frank Bruno MBE bared his soul for a tell-all interview with Ustreme – speaking about being sent to a borstal, becoming a boxing hero and his struggles with mental health.

The superstar has built a reputation as being one of the hardest men in showbiz with a heart of gold, and he sat down with Alex Belfield for Ustreme’s Face 2 Face series – showing just why he remains a national treasure.

“You’ve got to keep everything on a level,” he says. “Don’t get too big for yourself and be grateful for everything you’ve got.”

During the interview, Frank spoke about his tough childhood, including being sent to a borstal at the age of 12.

“I was a troublesome child. I wasn’t horrible. I used to run around with the wrong gang but I never got a criminal record because i went to borstal when I was 12.

“I thought my mum was wicked to send me to borstal. It was a tough old school with nasty bullies who would do crazy things. I worked my way up and out of that and tried to cut out all of the bullying in the school, which I did.

“I had hassle with everybody there. But it was good for me and in the end I loved it.”

Frank went on to enjoy an illustrious career in boxing, including becoming World Heavyweight Champion in 1995.

But as well as being proud to chat about his successes in the ring, he is just as open and honest about his personal struggles with mental health.

“It’s sad when a doctor can listen to you talk and then think that you need to be sectioned,” he says. “Once I got in the system they were on my case a long time.

“Six times I’ve been sectioned and each time it is worse.

“When you’re manic, you’re a little bit out of control but I haven’t hurt anybody, I’m not a threat to anybody, I’m just speedy. I’m hoovering and getting things done.”

He used his own struggles to help others with the launch of the Frank Bruno Foundation, which provides support and encouragement to succeed for those facing and recovering from mental ill health. And he revealed that there had been times the foundation had been called upon to help those struggling with mental health issues by the NHS, due to the demand on its services.

During the interview, the boxing icon also talked about his home life, family life and daily workout routine.

“I try to watch what I do, who I chill out with and who I bring to my house,” he says. “I am a loner but I have no complaints at all. I like my own company and my home is my sanctuary.

“I am a happy man. I have nothing to complain about.”

*The full interview with Frank Bruno is streaming NOW on ustreme.com

*Frank Bruno: 60 Years A Fighter is available at https://www.frankbruno.co.uk/product/frank-bruno-60-years-fighter-new-2022/