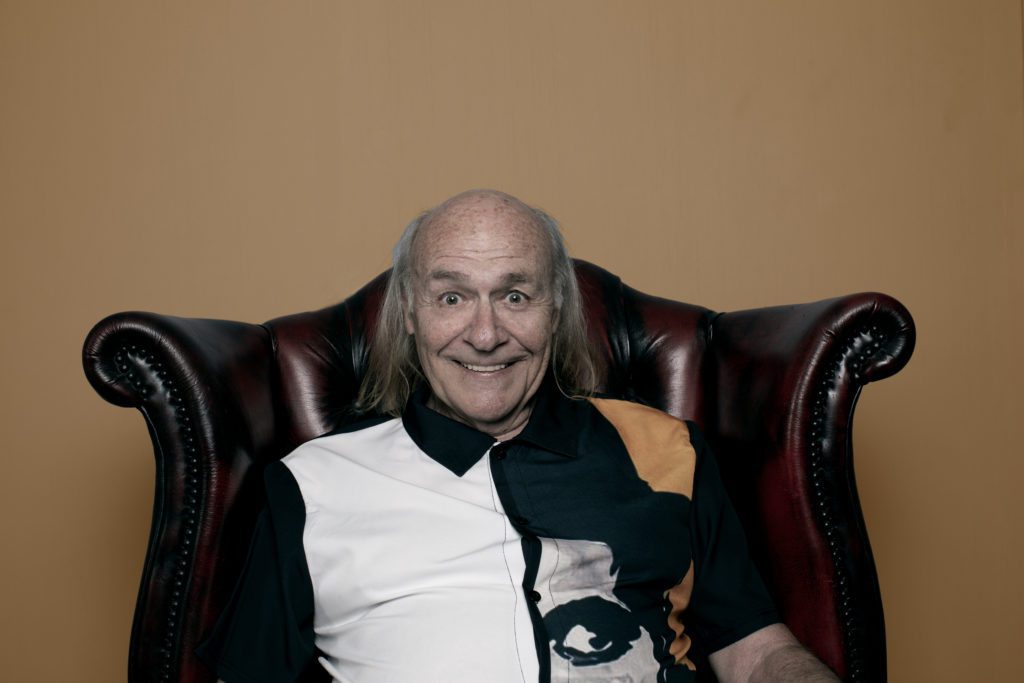 Mick Miller was born in Dingle, an area of Liverpool, in February 1950.

Aged 15, Mick was signed to Port Vale Football Club as a goalkeeper by the legendary Stanley Mathews. He was in his element and in 1966 he was called up for an England youth team trial, but lost out to a young lad called Peter Shilton.

After his football career came to an end, Mick’s cousin suggested that he might like to consider working as a sports host for Pontins. He took up the suggestion and in 1971, started work at the Camber Sands camp near Hastings, and eventually turned his hand to comedy. 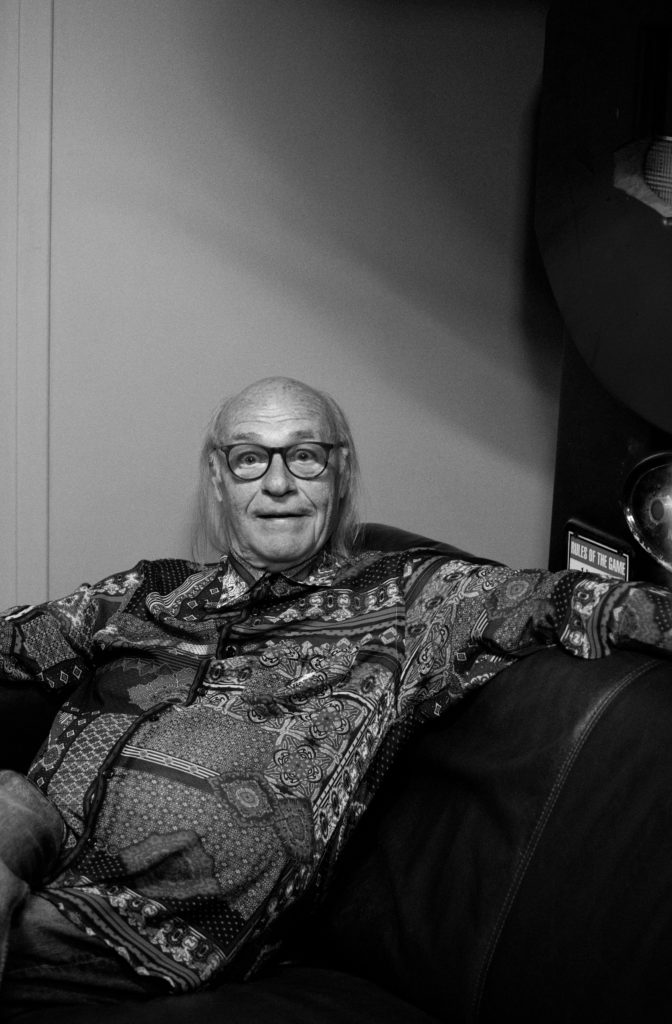 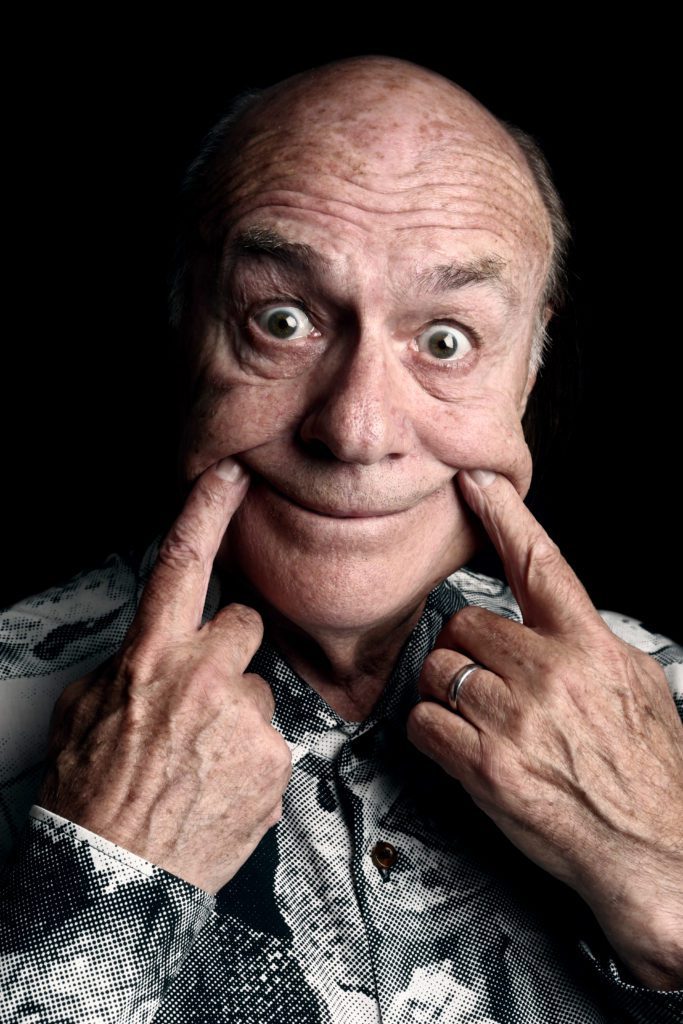 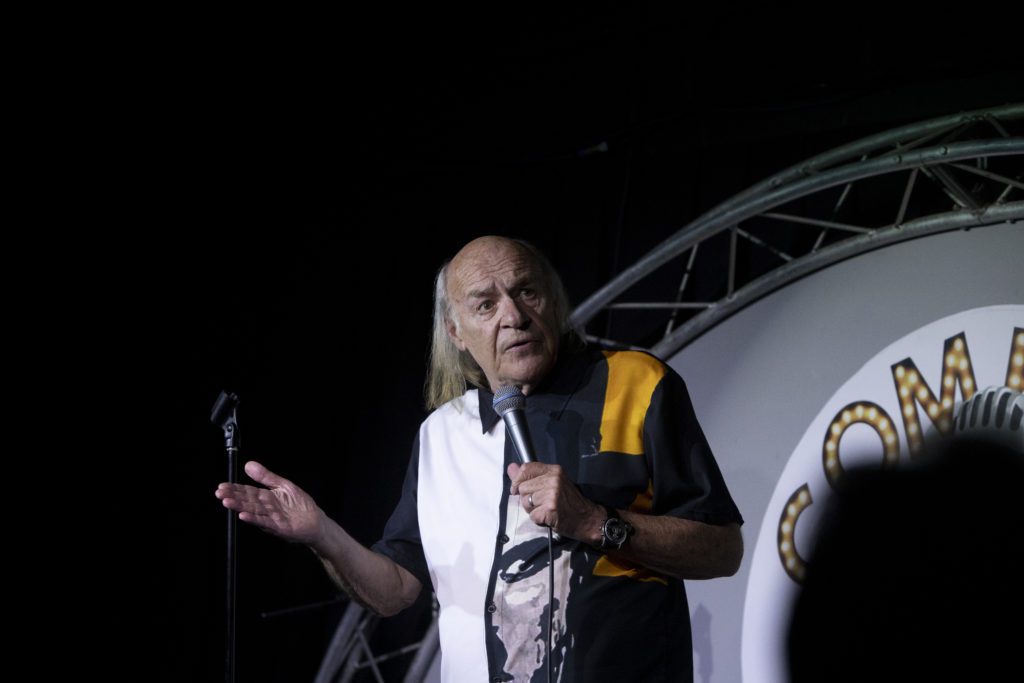 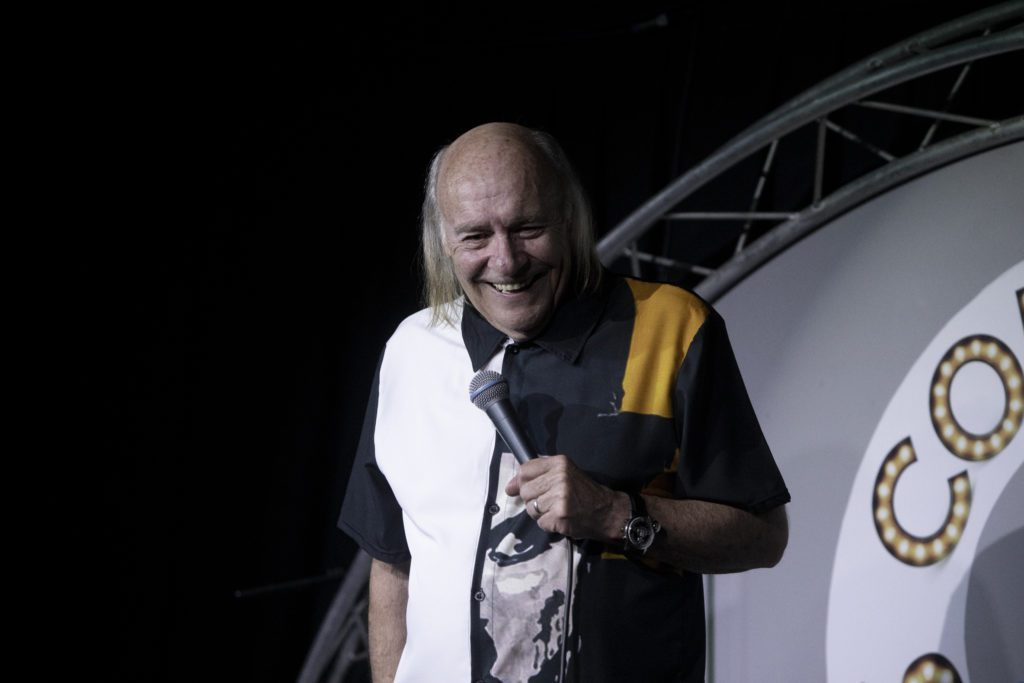 Mick Miller was born in Dingle, an area of Liverpool, in February 1950.

Aged 15, Mick was signed to Port Vale Football Club as a goalkeeper by the legendary Stanley Mathews. He was in his element and in 1966 he was called up for an England youth team trial, but lost out to a young lad called Peter Shilton.

After his football career came to an end, Mick’s cousin suggested that he might like to consider working as a sports host for Pontins. He took up the suggestion and in 1971, started work at the Camber Sands camp near Hastings, and eventually turned his hand to comedy.

In 1976, Mick applied to go on the popular TV talent show, New Faces. He was accepted and won his heat. As a direct result, he was signed up for a national tour supporting Chuck Berry. Other tours followed, and in 1977 he was offered his first summer season in Morecombe.

1978 saw him appear for the summer season at Blackpool’s South Pier. It was during his 1979 Blackpool season that TV producer, Johnny Hamp, offered Mick a regular spot on “The Comedians” TV show. After that, he was offered other TV work and appeared on such shows as Blankety Blank and The Little And Large Show his own half hour TV special called “Success.”

Eventually, Mick was asked to co present a Saturday evening series called “The Funny Side” along with Mike Smith and Cheryl Baker. Thanks to shows such as “Des O’Connor Tonight,” he has appeared on TV every year since “The Comedians”. He was a guest on the comedy sports quiz, “They Think It’s All Over” and had a “half hour special” on Sky One. He was also very proud to be a regular guest on the popular daytime TV show, “Today With Des And Mel.”

In October of 2004, Mick entered the “Kings of Comedy” house. This was for a new program, made by “Big Brother” producers, Endemol. The idea was to put Old School comedians in a house, with bright, new, young comedians. They would live together and perform various tasks. At the end of the week, everyone would perform in front of a live audience. One of them would be voted off. Mick came 3rd.

This TV show proved to be a turning point in Mick’s career. He felt invigorated by his time in the house working with the new breed of comedians. It gave him a new lease of life. He realised that there was more to working, than just being the comedian who was on “The Comedians.”

Mick was now able to work in the new comedy clubs, and also turned his hand to acting and appeared alongside Johnny Vegas in the cult BBC TV series, “IDEAL.”

In 2010, Johnny Vegas asked Mick to co-star in a Play for BBC Radio 4; he jumped at the chance and played the part of Les Dawson’s agent to Johnny’s Les Dawson and continued in the role of Keith in “IDEAL.” In 2011 Jason Manford asked Mick to be one of his special guests on the prime time ITV1 show “Comedy Rocks with Jason Manford.”

Mick now combines his acting with his cabaret performances, his after dinner comedy and cruise work. He is very much in demand with the major cruise lines as he is happy working to American as well as British audiences, which makes him the perfect comedian for cruise ships. He regularly works for P & O, Princess Cruises, Royal Caribbean Cruise Lines and Holland America. He flies many thousands of miles entertaining thousands of people every year, and he loves doing it.

The summer of 2011 saw the 40th anniversary of “The Comedians,” and to mark this, Mick, along with Roy Walker, Stan Boardman and Duggie Brown appeared in a series of shows at Blackpool Grand Theatre.

In December 2011, Mick was asked to perform in front of The Princess Royal at The Royal Variety Show. His critically acclaimed performance was possibly the highlight of the night.

August 2012 saw Mick perform at the famous Edinburgh Festival along with fellow comedian, Jimmy Cricket. Their show received a four star review from the comedy website, “Chortle.” It was through his Edinburgh appearance that Mick was offered a place in Johnny Vegas’ team on the Ch4 series, “Comedy World Cup.” They won the series! He also became a regular performer on the SKY1 show, “John Bishop’s Only Joking” and appeared as a “talking head” on C5’s countdown of the greatest stand up comedians.

2014 saw Mick return to the small screen as a “Square” in the new series of “Celebrity Squares” hosted by Warwick Davies for ITV. He is also a contributor to Comic Relief (charity) and has performed with Peter Kay for this.

In 2017, he was asked to be part of a new Prime Time ITV show. The point of this show was to take established British entertainers to the entertainment capital of the world, Las Vegas, to perform at one of the iconic Las Vegas venues. He jumped at the chance and in October 2017, he realized one of his lifelong ambitions and performed in front of the packed out “Orleans Showroom”. He received a standing ovation and the whole show was filmed by ITV. This live performance was the culmination of the five part show, “Last Laugh in Vegas”.

Looking forward, Mick is lined up for more acting roles and is actively involved in the development of potential TV comedy and drama roles.

Mick is enjoying his work, and loves the challenge of something new and different. He is as ambitious today as he was all those years ago, when he first started out and has several projects in development, so keep an eye on his social media for up to date news.