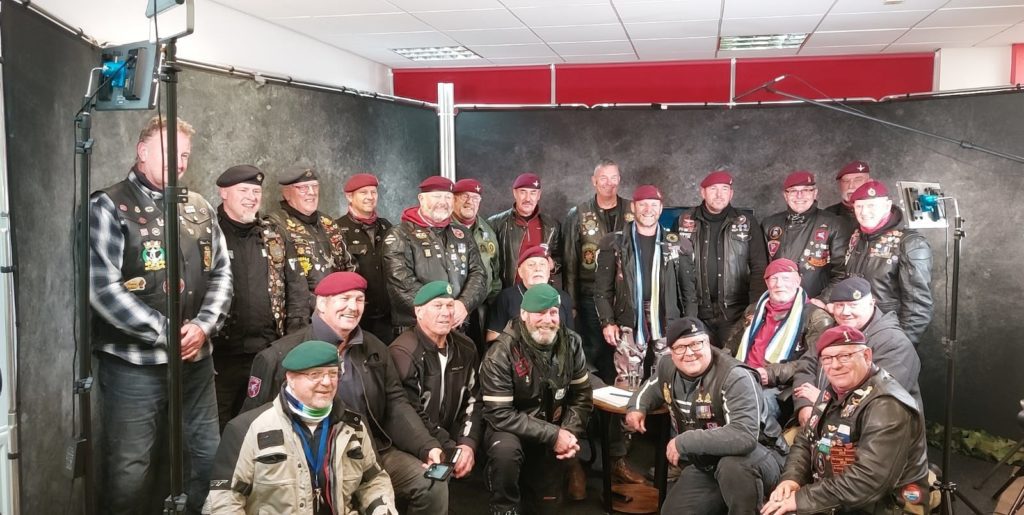 Dozens of veterans currently on a charity biking mission across the UK to remember Falklands War heroes rode into the Ustreme studios to receive a cheque for £500.

The Falklands Veterans Ride of Respect 2022 is taking the veterans on a marathon motorcycle ride to visit the graves of their fallen comrades.

The charity mission runs from May 2-15 and is raising money for The South Atlantic Medal Association, known as SAMA 82.

The charity continues to support veterans of the Falklands campaign and the families of the fallen through practical and emotional support, including assisting veterans to visit the islands to see how they have flourished since the liberation.

This year is the fourth Ride of Respect, and is taking place on the 40th anniversary of the Falklands War.

They are being joined on various legs of their journey by other veterans to support the cause.

More than 20 of them revved into the Ustreme studios, in Fareham, where founder Jim Davidson – a huge supporter of military causes – presented them with a £500 cheque for SAMA.

Over the last three years the Ride of Respect has raised around £26,000 for the charity.

Paul Moore said: “We are completing this Ride of Respect in order to demonstrate that our friends are not forgotten. We feel that it is particularly important that we honour the families who continue to live with the loss of their sons and loved ones as we approach the 40th anniversary of their loss. The ride is also in appreciation of the staff of the South Atlantic Medal Association for the tireless work they do in supporting the veterans of that war.”

*Former Paratrooper and Falklands War veteran, Denzil Connick, has been sitting down to interview Falklands veterans as part of a new series of Pull Up A Sandbag, which will be streaming on Ustreme soon to mark the 40th anniversary of the conflict