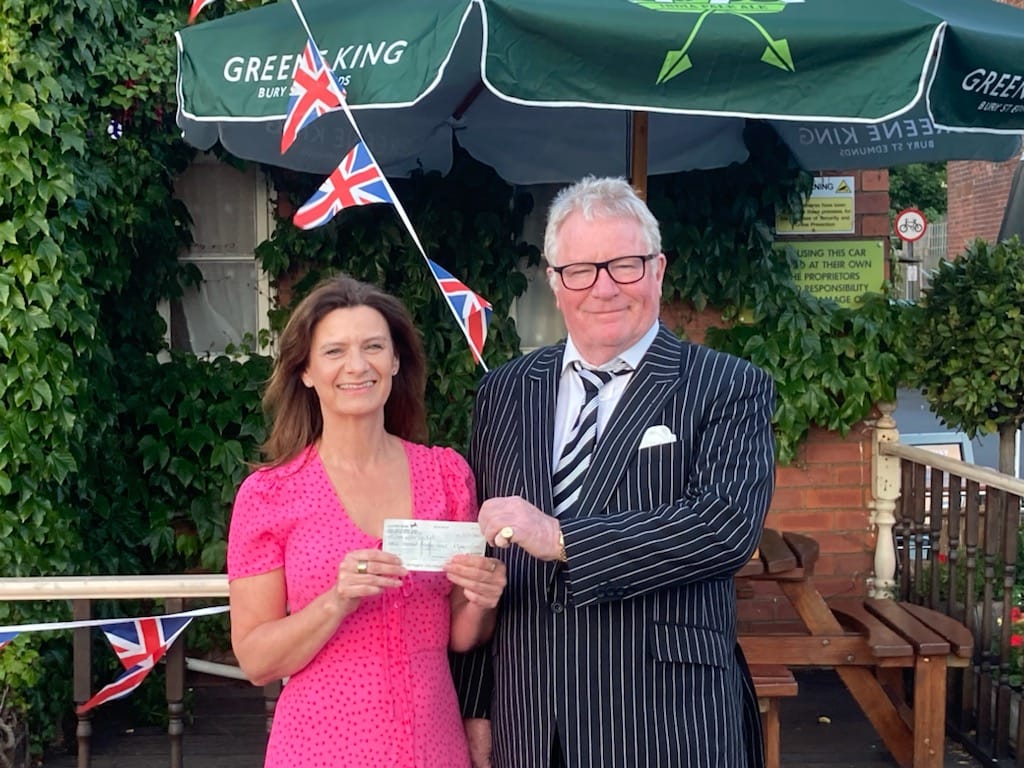 Ustreme has presented a cheque for £3,000 to the Care After Combat charity, which supports former and serving British Armed Forces personnel who find themselves in the criminal justice system.

The donation has been made possible thanks to the generous support of Ustreme members.

Ustreme founder, Jim Davidson OBE, has dedicated much of his career to British war heroes, entertaining troops in conflict zones across the world for the past 40 years.

He is a passionate supporter of charities that help our veterans, especially those that help ex-services personnel re-adapt to civilian life – and he set up the charity in 2014.

Although no longer the CEO of the charity, he remains an ardent supporter of the cause. After raising £5,000 for the charity over the past 18 months through the Ustreme Veterans Fund, Jim has now handed over a further £3,000.

The Care after Combat Team, headed by Dr. Jane Jones, consists of a small number of full-time and part-time staff, working together with volunteers across an extensive area of operations. The team is committed to fulfilling its mission of providing support within the Criminal Justice System for the well-being of former and serving British Armed Forces personnel and their families.

Jim said: “Care After Combat does incredible work with veterans who have struggled to adapt to civilian life after their service and found themselves on the wrong side of the law.

“We are proud to support them but we wouldn’t be able to without the generous donations from our members to the Ustreme Veterans Fund. Thank you to all that have given money to help the cause and raise money for our heroes who need support to make better choices and live better lives.”